We were delighted to work on a replica golden mask of an ancient Assyrian deity called a “Lamassu”which guarded the ancient palaces at Nineveh, Nimrud and Ashur.

To repduce this stunning mask we worked on a design that was then created using a 3D printer, which was a first for us. The base material was made from nylon. We needed special sealers to apply the gold leaf to the mask because of the porous nature of the base material.

The mask was commissioned by the Assyrian Cultural and Social Youth Association in an effort to reproduce ancient Assyrian relics destroyed by ‘IS’.

The gypsum sculpture of protective spirit consisted of a human face, the body of a bull and wings of an eagle. It was believed that these large winged deities would ward off evil spirits from the ancient Assyrian palaces. This highly detailed mask was used by ACSYA in a remarkable ceremony during the Assyrian New Year festival which is celebrated on April 2nd of each year. The Assyrian community watched as characters walked through a procession commemorating the rich culture of this ancient community. 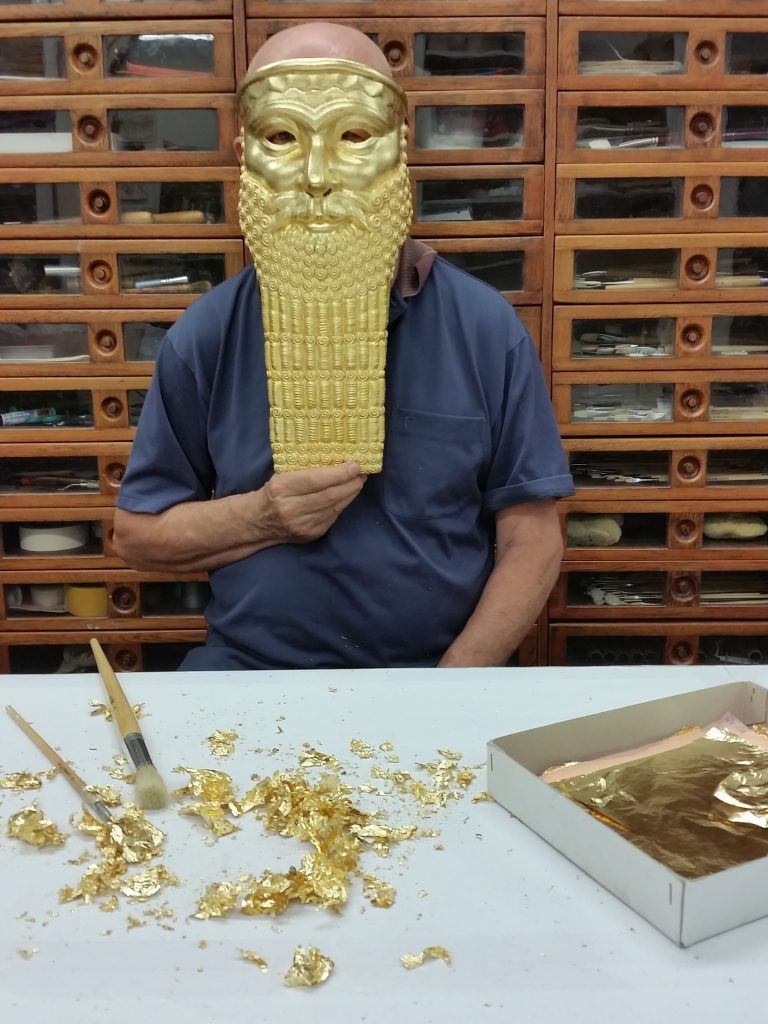 We sell a complete range of gold and metal leaf or flakes as well as variety of gilding tools.

Latest from our blog